Contemporary paintings inspired by our love of the sea. Kim & Kay Vaudin

We create our underwater paintings to inspire and remind people of their own personal experiences by capturing the essence of the sea.

Immerse yourself and feel the freedom of the ocean. 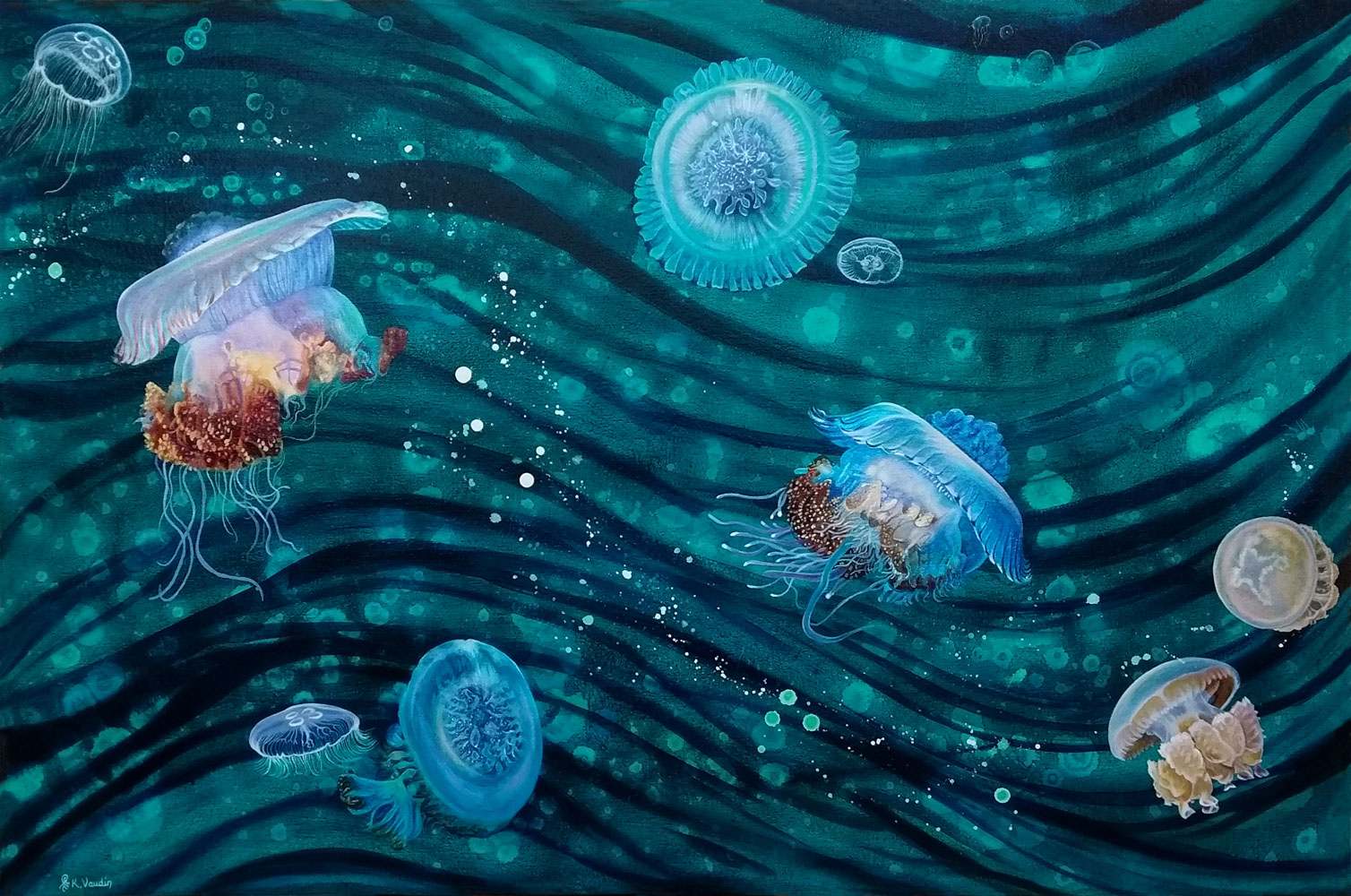 Painting ‘Jellyfish wave’ transported me back to the sea, remembering encounters with these pulsating alien-like creatures.

There was a time when the mere thought of swimming with thousands of jellyfish was enough to make my skin crawl. But snorkelling with millions of non-stinging Golden jellyfish in one of Palau’s saltwater lakes was so totally mesmerising, we were the last ones out of the water. At home, we’ve often dived with huge barrel jellyfish (Rhizostoma pulmo), which supposedly don’t sting either, but I’ve never been brave enough to test this out. 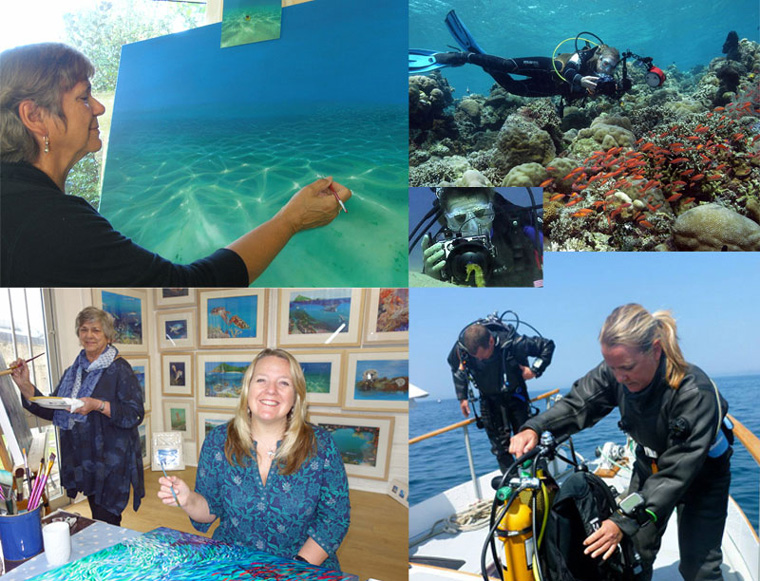 Deep Impressions is a mother & daughter artist team who have been painting together for over 20 years. As snorkellers and divers (and coming from a diving family), they love to be in the ocean seeking inspiration for their art and taking photographs to use as reference.

Their artwork is designed to reflect peoples passion for the sea and to enjoy their own connection to it, while at home. 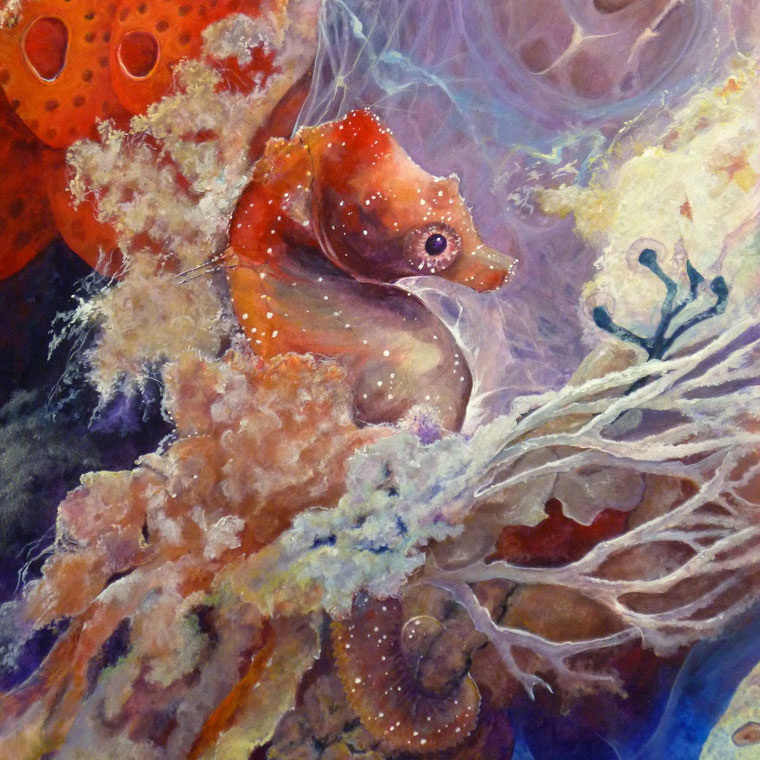 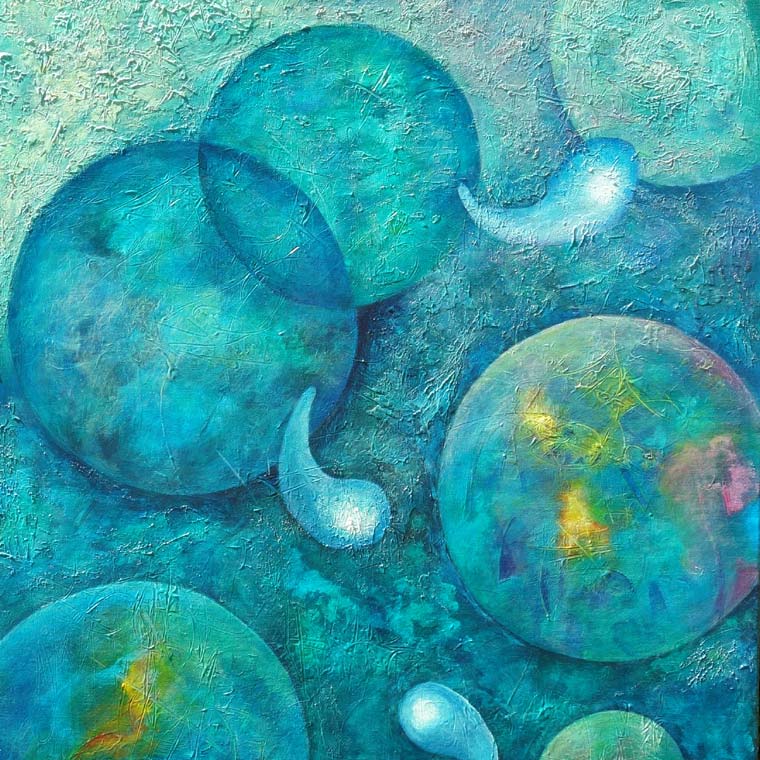 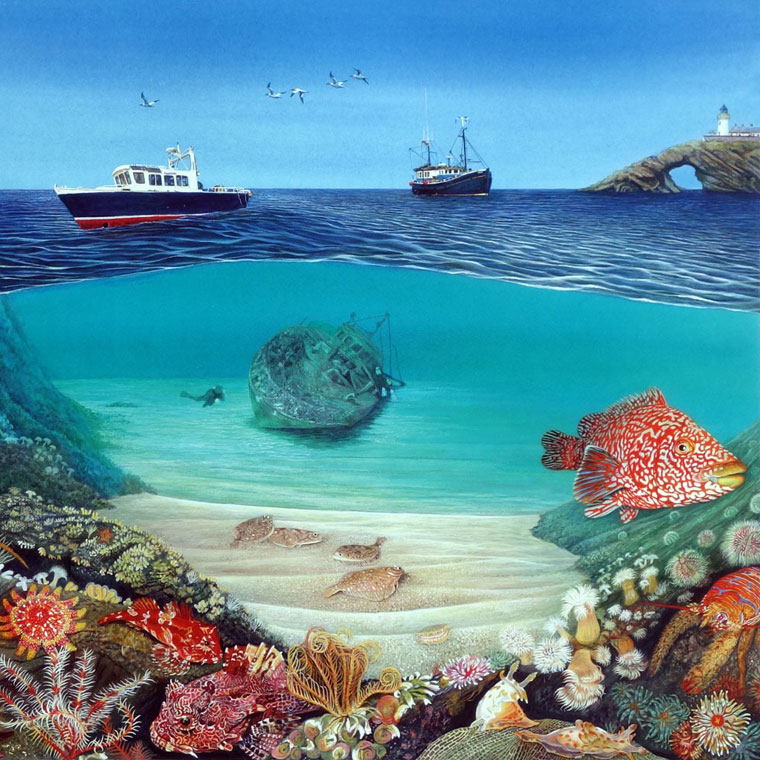 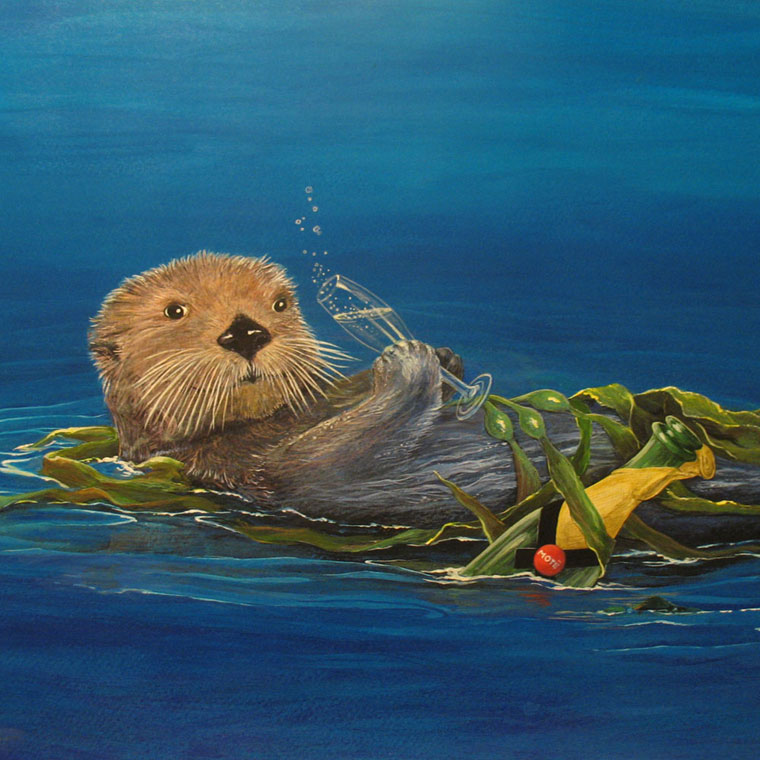 ‘Absolutely love all their paintings. I bought one at the Dive Show, I was so impressed with all the detail, quality and how beautiful all the paintings are.’

‘Something from Deep Impressions would adorn every room in my house if I could get away with it! Their studio is little piece of nirvana, one of Plymouths best kept secrets.’

‘I am a huge fan of your paintings. One or more adorns the walls in every room in our home.’

‘Lovely! Paintings you can lose yourself in.’

‘My husband adored the painting. Thank you, we’re delighted with it.’

‘A huge thanks to you both for the painting, which now sits proudly in our hall opposite the front door so it’s the first thing people see.’

'Kim’s painting immortalised our six month stay on Shetland both above and below the waves.'

‘Thank you so much for my wonderful painting. It has pride of place in my home. What a talented pair!’

'We have three amazing original paintings, all shark related. I love them more everyday!

'Breath taking work by amazing and friendly artists. We have several pieces in our collection. Would definitely recommend visiting their studio'.

'Your picture makes me happy every day'.

‘Having chosen a lovely painting from the studio for a special gift, Kim did so much to ensure it was beautifully framed as I wished and delivered safely'.

'I couldn't resist buying two paintings. I'm delighted that I did - they look great in my home'.

We use cookies to ensure that we give you the best experience on our website. If you continue to use this site we will assume that you are happy with it.Ok